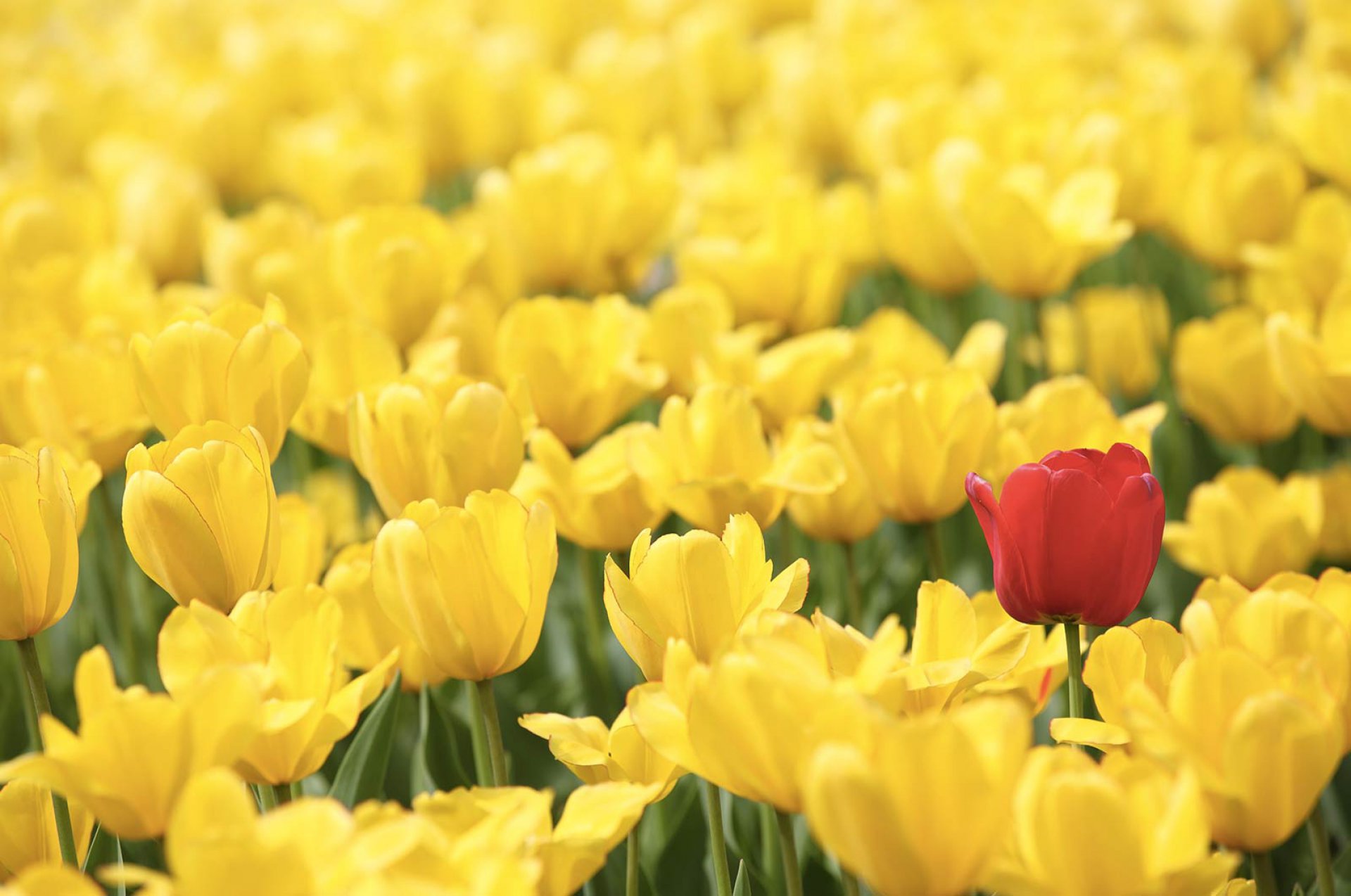 Chiesi has been focused on the centrality of the patient for decades. In 2019, Chiesi created a unit specifically dedicated to the development and commercialization of products for rare diseases to further increase our focus on the patients.

Patients have been at the center of what we do for decades.

We believe that no patient should be left behind, which is why we created a business unit specifically dedicated to those with rare diseases. Patients with rare diseases can encounter many difficulties, from getting a timely and accurate diagnosis, to accessing effective medical and social care, resulting in heavy burdens on patients.1 As such, we believe this therapeutic area to be of great importance and impact.

In 2019, the Chiesi Group launched Rare Diseases*, a business unit that works in collaboration with other functions of the Chiesi Group while maintaining an exclusive focus to develop and commercialize products that help to address the unique needs of patients with rare diseases.

Fabry disease is a lysosomal storage disorder, meaning that a glycosphingolipid called GL-3 accumulates in the lysosomes, causing tissue damage; many cell types are affected.1


The disease is caused by mutations in the GLA gene, resulting in nonfunctional or dysfunctional alpha-galactosidase A, a lysosomal enzyme. The mutations can be inherited, so multiple family members can have the disease.1

Fabry disease is a multisystemic disease, affecting many organs, including the heart, kidney and nervous system, resulting in life-threatening complications and a reduced life expectancy. Early signs of the disease start in childhood and adolescence, but it is a progressive, lifelong condition.1,2

Newborn screening has now been performed in several countries, yielding a prevalence ranging from 1 in 1,368 to 1 in 8,882 births.2

Alpha-mannosidosis is a rare, genetic disease, caused by the impaired function of the lysosomal enzyme alpha-mannosidase.1 Due to this deficiency, oligosaccharides are only partially broken down and over time they build up in the body, causing increasing damage to cells and leading to medical problems in many body systems.1,2

Alpha-mannosidosis is a very heterogeneous disease, presenting with a wide range of symptoms: the most frequent are recurrent chest infections and problems with hearing loss, distinctive facial features, cognitive impairment and progressive muscular weakness. Lack of voluntary coordination of muscle movements and skeletal and joint abnormalities could occur. In adulthood, few patients manage to be completely independent socially, needing help with many activities and possibly requiring a wheelchair.1

High levels of oligosaccharides in urine is suggestive of alpha-mannosidosis.  Testing of the mannosidase enzyme residual activity and genetic analysis are used to confirm the diagnosis.1 Alpha-mannosidosis is a rare disease, affecting approximately 1 in 1,000,000 babies born worldwide.3

For more information about the disease, visit the Discover Alpha Mannosidosis website

One of the first enzyme replacement therapies indicated for the treatment of non-neurological symptoms of patients with mild-to-moderate alpha‑mannosidosis.

Nephropathic cystinosis is the most common and severe form of cystinosis, a metabolic disease characterized by accumulation of the amino acid cystine within lysosomes in the cells, leading to damage in many organs and tissues.1,2

Nephropathic cystinosis usually presents in early infancy as renal Fanconi syndrome, a serious disorder of the proximal tubules of the kidneys involving excessive excretion of nutrients and minerals such as glucose, amino acids, phosphates, potassium and sodium. This can lead to excessive urination, resulting in acute dehydration. The loss of nutrients impairs growth and may result in soft, bowed bones. Untreated children will experience complete kidney failure by about the age of 10.1

Nephropathic cystinosis is not only a renal disorder, but a multisystemic disease that could lead to ocular and neurologic impairment, muscle deterioration, diabetes, thyroid and infertility in affected men.1


Transmission is autosomal recessive: two altered copies of the gene from both parents are needed to manifest the disease.1 It is an ultra-rare disease, with an estimated incidence of around 1 in 100,000 – 1 in 200,000 live births.1

Thalassemia is a blood disorder caused by mutations in the HBB gene, resulting in red blood cells that are microcytic and do not contain enough functional hemoglobin.1,2 Low levels of hemoglobin lead to a lack of oxygen in many parts of the body.1

This is an autosomal recessive disease, meaning the parents are carriers of the disease (but are asymptomatic), and the affected individual has two copies of the HBB gene with pathogenic mutations.1

Because of the low levels of hemoglobin, people with thalassemia also have reduction in the number of healthy red blood cells, resulting in pale skin, weakness, fatigue, and serious complications. Furthermore, some people with thalassemia may need to have their spleen removed, which can increase their risk of developing abnormal blood clots.1

The incidence of symptomatic cases is estimated to be approximately 1 in 100,000 individuals in the general population.3

FERRIPROX (deferiprone) is an ‘iron chelator’ (a substance that attaches to iron) that is used to treat iron overload (an excess of iron in the body) in patients with thalassaemia major.

LHON is the most common inherited mitochondrial (mt) DNA disorder.1

Over 90% of LHON cases are a result of pathogenic point mutations at mtDNA positions G11778A, G3460A or T14484C, which code for subunits of the mitochondrial respiratory chain complex I.1

Overall, approximately one in five patients will remain within the visual acuity (VA) criteria for legal blindness.1

Prevalence of LHON is not well known but it is estimated at between 1 in 15,000 – 1 in 50,000 people worldwide.1 The overall male to female ratio among patients with LHON averages around 4:1, but this can vary depending on the primary mutation.1

Adult-onset LHON (15–35 years of age) usually presents as painless, subacute central vision loss in one eye, followed by involvement of the second eye within 1 year in 97% of those affected. In most patients, vision loss is devastating in terms of the impact on their quality of life. Vision loss is permanent.1

Raxone (idebenone) is used to treat visual impairment in adults and adolescents aged 12 years and over with Leber’s hereditary optic neuropathy (LHON), an inherited disease characterised by progressive loss of sight.

Adenosine deaminase severe combined immune deficiency (ADA-SCID) is an ultra-rare, inherited metabolic disorder. ADA-SCID is estimated to occur in approximately 1 in 200,000 to 1 in 1,000,000 newborns around the world.5 The disorder is responsible for approximately 15% of SCID cases.2 Without early diagnosis and effective treatment to restore the immune function children with typical ADA-SCID rarely survive beyond two years of age.2,3


Adenosine deaminase (ADA) enzyme is ubiquitously expressed, with highest levels observed in lymphoid tissues, particularly the thymus, the brain and gastrointestinal tract, and is expressed both intracellularly and on the cell surface. Mutations in the ADA gene leads to the absence or deficiency of ADA enzyme, causing the accumulation of the toxic metabolites adenosine (Ado), 2’deoxyadenosine (dAdo) and deoxyadenosine triphosphate (dATP) and  inactivating of S-adenosylhomocysteine hydrolase (SAHase) in cells.   ADA-SCID is characterized by severe lymphocytopaenia affecting T-and B-lymphocytes and NK cells, and has been recognized as a systemic metabolic disorder that affects multiple organ systems including the myeloid cells, lungs, brain, skeleton, liver and kidneys, as well as increased risk for development of tumors.4

SCID usually can be diagnosed within the first few months of life.2 In some countries, newborn screening for SCID allows for timely detection of ADA-SCID in newborns and initiation of early treatment.